I should have written this before posting this about the first tow from the 1940s, apologies for the jump in the timeline.

The early history of Camp Fortune is a shared history with the Ottawa Ski Club. The Ottawa Ski Club was founded in 1910. In the early days the club based many activities in Rockcliffe Park. Ski jumping and trail skiing were popular. In the 1920s the club acquired Mr. Fortune’s woodsman’s camp and that’s when skiing at Camp Fortune gained popularity. Ottawa skiers had found a skiing paradise in the hills of Camp Fortune and what would become the Gatineau Park.

The style of skiing for the first decade or so of our history was trail skiing, often over long distances. There was an extensive network of trails which was relatively complete by 1930.  “This type of trail-skiing meant freedom from urban strain and confinement. The ever-changing beauty of the winter landscape though which the trail was winding charmed away dull care, reinvigoration mind and body and prepared the individual for the daily grind of the coming week.” Herbert Marshall, former vice president and president of The Ottawa Ski Club.  This decade is a fascinating part of our history but I suspect our current readers are more interested in our downhill roots.

In the 1930s ski trends started to change and downhill and slalom racing skiing gained popularity. Interesting to note the shift from trail skiing to downhill skiing also coincided with changes in transportation. Automobiles and busses gained popularity and winter roads were staring to open into Chelsea and Camp Fortune.

Slalom racing needed more than a ski trail and “Joe Morin Slalom Hill” was opened in 1932. Skiing in the region changed dramatically.

For the next 8 years skiers would climb up Joe Morin Slalom Hill for the rush of the downhill. The first slalom race was held in February 1933!

Here are some reviews of “Joe Morin’s Slalom” as published in the Ottawa Ski Club Newsletter January 26 1933:

The Slalom Hill. A discreet inquiry among the people who know what hills are or should be, has been made about Joe Morin’s parting gift: The Big Cut or the Slalom Hill–and the following expressions of opinion have been recorded. Some, as will be seen, are encouraging; others not quite so much.

Miss Diana Kingsmill (now Mrs. Gordon Lennox, who took the hill on the eve of her wedding):

“Too steep? Not a bit, and it is quite wide enough; in fact a bit on the wide side, if anything. Should be the making of a lot of good skiers. Congratulate Joe for me.”

Louis Grimes: “Call that a Slalom Hill! Why it is more like a sky-scraper.

Make it sixteen times as wide and cut the angle by half, and then maybe you will have something. As it is, no amount of leather on the seat of your trousers will help you, because you won’t even have a chance to slide. It is a sheer drop.”(Losing your pep, Lou, eh, what?).

Hike Lambart: “The scenery is gorgeous. Oh, the hill? I was not paying so much attention to it as I went down, just the scenery.”

Sigurd Lockeberg: “Might do for a jumping hill if it was not so dashed crooked, but a Slalom, nix!” Hubert Douglas: “They had better get used to it,

good or bad, because it will be in the Dominion race course. Of course, I am not racing this year.”

Bryce Grayson Bell: “Much too steep and much to narrow. Turning posts will have to he put so close to each other that there won’t be a chance to turn.” Dr. Wilkes: ” I slalomed down by jump turns, counting my jumps as I went but stopped at 250 because I got mixed and a bit dizzy. The rest of my party crawled down on’ their tummies, as they wanted to enjoy the scenery which, I am told, is very fine.”

Here is a poem to Slalom Hill by Arthur S. Bourinot

Fast forward to March of 1940 and the installation of the Cadillac powered rope tow on Joe Morin Slalom. Slalom was so popular that is was widened in 1945 by the Night Riders, more about them later, but the demand for downhill open hill skiing was so great two new hills were also cleared that year. The “Morning After” and “Malcolm MacDonald” (present day MacDonald). We are still trying to locate “Morning After” on a map and suspect it had another name.

Not all were enthusiastic about the developments and changes to ski styles and the installation and ensuing popularity and demand for tows.

An epidemic of ski tows, spreading from the heavily infected center of the North of Montreal district, was predicted in an article by the Editor in this issue. The epidemic is here now. It has broken out in a most virulent form since the article was written, and as there is no antidote for it, all we can do is to express the hope that our members will escape the contagion. As I pen these lines, John Clifford is struggling to put up a ski tow near Mort’s hill, across the creek from the Camp Fortune Lodge; John Pringle Taylor is building one on Dome Hill at Ironside, and both should be running full blast in short order, possibly when you receive this publication. There is persistent talk of another one going up on Traveler’s hill, and Elmer Cassel, the Major-Domo of the Pink Lake Lodge, is agitating to have one on the Pink Lake grounds. We are entering a ski-tow age. Decidedly a sign of the degeneracy of the times, and not to be commended. However, if these contrivances fail to attract patrons, the operators will have plenty of rope to hang themselves with. 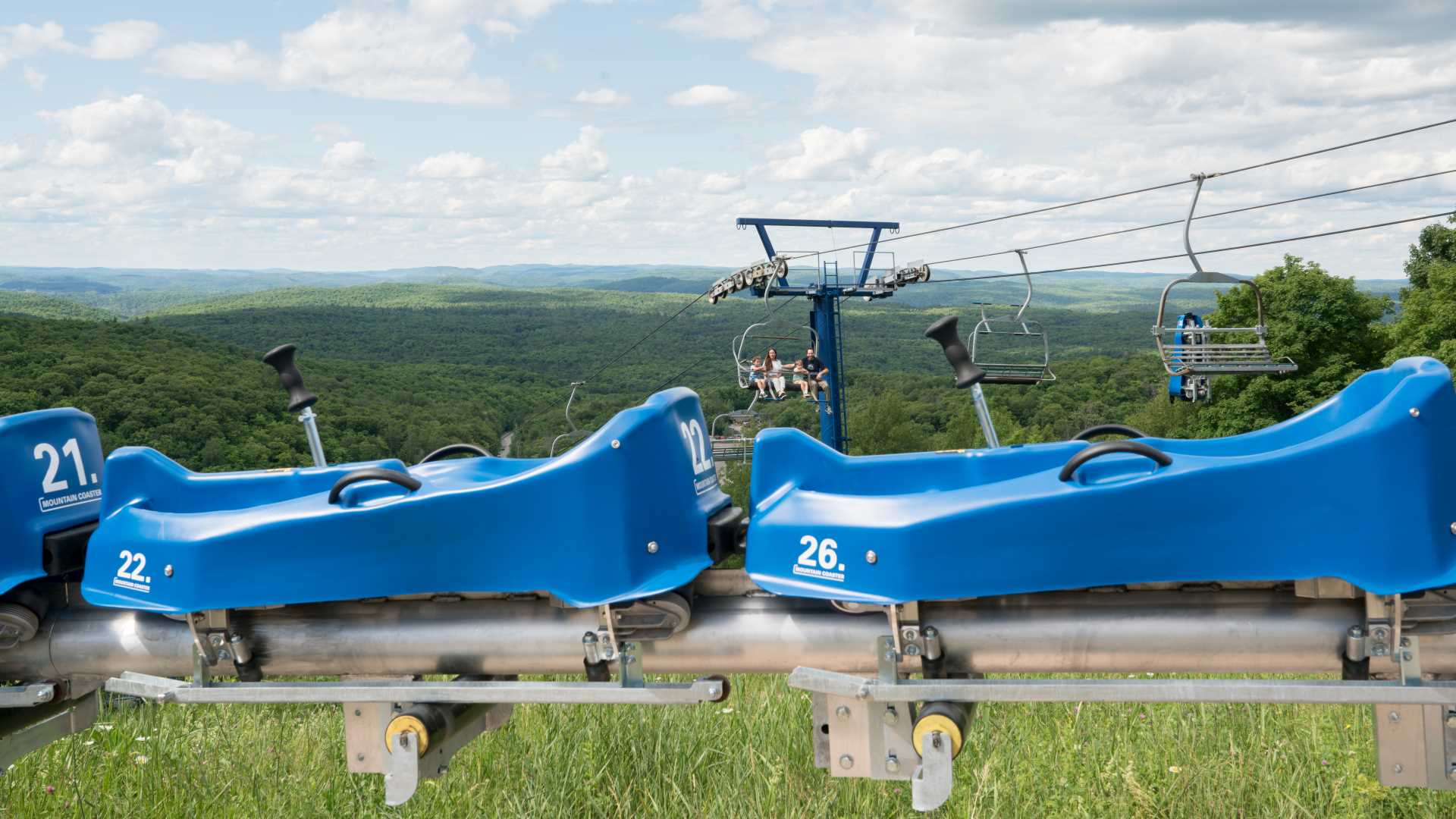 The Camp Fortune team celebrated the installation of the Mountain Pipe Coaster and tested this exciting new ride. We are now open to the public! 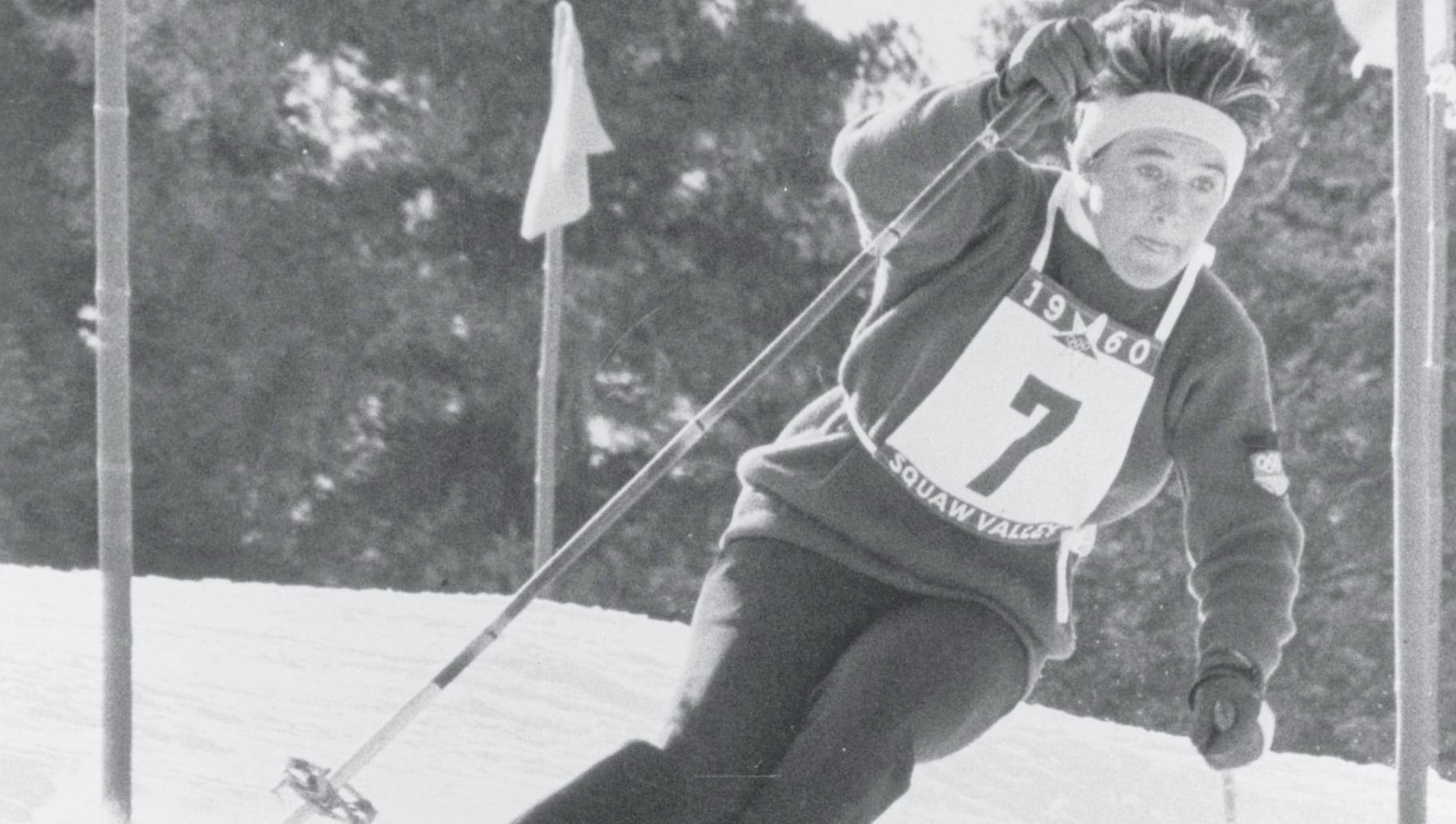 Anne Heggtveit, one of our most famous skiers and the namesake of our favourite double black diamond, Heggtveit, shared these personal photos with us as Camp Fortune is where she learned to ski. 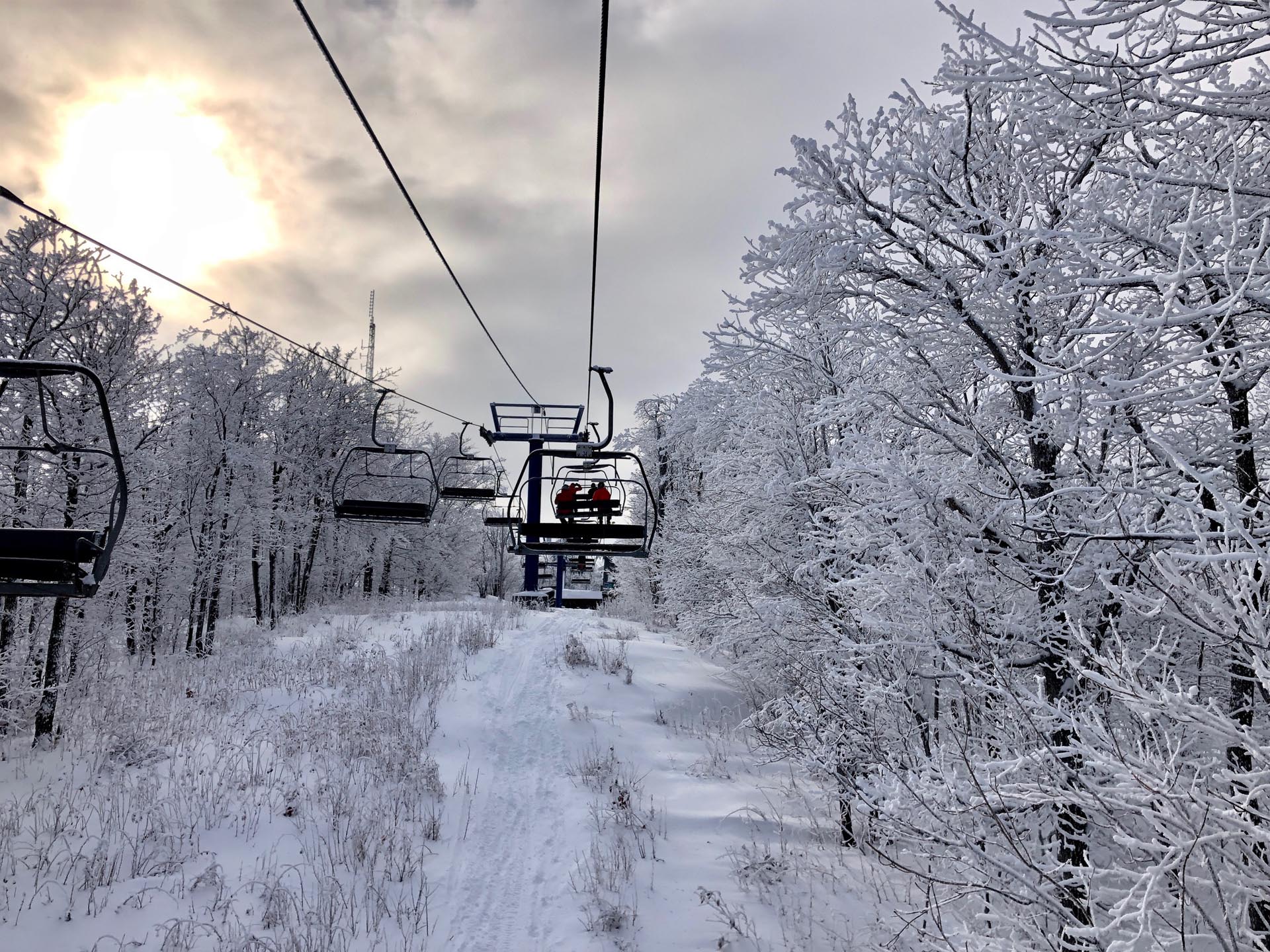 Incredible conditions and limited lift tickets for this week: In an effort to offer our season passholders the best experience, we have limited lift tickets available for this week. Day tickets, valid 9 am to 4 pm: available. 4-hour tickets: SOLD OUT. Night tickets, valid from 4 pm to 9 pm: very limited quantity, WILL SELL OUT. Tickets must be bought in advance, online. Once tickets are sold out none will be sold on site. Season passholders and customers with MaNeige ASSQ and Canada Ski Council products are always welcome.